Welcome to the weekend!  I hope your week went well, and that you’re prepared for the Christmas season.  Here and here are the two Christmas albums I’ve been listening to this week.  Also got a chance to watch some Charlie Brown Christmas with the kids, and Miracle on 34th Street with Kate, so its starting to feel a lot like Christmas!

Let’s stay on the Christmas theme for a moment. Randy Alcorn shared an excerpt from a familiar book to many of us by J.I. Packer. The excerpt is on “having the Christmas spirit.” The Crux offers food for thought:

The Christmas spirit does not shine out in the Christian snob. For the Christmas spirit is the spirit of those who, like their Master, live their whole lives on the principle of making themselves poor–spending and being spent–to enrich their fellow humans, giving time, trouble, care and concern, to do good to others–and not just their own friends–in whatever way there seems need.

For you sports fans, or anyone else looking to be depressed, ESPN had a VERY long (read, too long) article on the unraveling life of Tiger Woods.  I’m linking to it because its like watching a sort of car accident – you can’t stop. Lot’s of interesting insights within the article that will give you pause, and probably leave you to pity the man who is so obviously missing a reason for living.

In the spirit of long articles, I hadn’t read through this one until just this week, so its a few months old.  Still, its absolutely fascinating, and worth taking time to examine: ‘We’re the Only Plan in the Sky.‘ This is a series of first-person accounts from President Bush’s team on 9//11, and it offers a great deal of insight as to what his advisers were thinking as those events unfolded.

One of the must read stories for the week was sent to me by my friend Derek S:  Two movies China desperately wants to hide.  The story details how China has been using political and religious dissenters as (LIVE!) human cadavers for involuntary organ harvesting. This is being done by the state.  Secretly.  This is the manifest corruption of a God-ordained human institution, and from where I sit, it would be wise for the citizens to begin the process of overthrowing that government.

Let me say a few other things as well…Here on our native soil, our government allows babies to be killed by individual citizens. That is only a few steps away from what’s going on in China today – and it’s another reason why Americans need to continue to fight against the tides of immoral government laws and practices. This is the role of the church as it pertains to nation’s governments: to shine a light on the evil of man, and call the state to be the state, by protecting its citizens and providing them with freedom, liberty and justice.  When the state ceases to do this, and actually becomes the agent of tyranny (as we see in China), its time not only for Christians to shout truth against such an institution, but for that nation’s citizens to consider throwing off the shackles of an evil government. This is what our own Declaration of Independence says:

We hold these truths to be self-evident, that all men are created equal, that they are endowed by their Creator with certain unalienable Rights, that among these are Life, Liberty and the pursuit of Happiness. — That to secure these rights, Governments are instituted among Men, deriving their just powers from the consent of the governed, — That whenever any Form of Government becomes destructive of these ends, it is the Right of the People to alter or to abolish it, and to institute new Government, laying its foundation on such principles and organizing its powers in such form, as to them shall seem most likely to effect their Safety and Happiness.

In the meantime, from where we sit, it is not a trite thing to take action in the form of prayer. There are thousands of Christians and political dissidents who could use the intervention of your words today.

CLOSELY related to the story above…Sproul: What is the Biblical Basis for Human Dignity?  Excerpt:

I am a creature—I come from the dust. The dust isn’t all that significant, but I become significant when God scoops up that dust and molds it into a human being and breathes into it the breath of life and says, “This creature is made in my image.”

On another (lighter?) note, I found this story rather unnerving, yet funny in its own way: Swarming crazy ants with a penchant for destroying electronics are on the move in Texas.

Christmas Tech: The Best 3D Printer for creative Kids.  I sent this to Kate because it was pretty cool, and she quickly reminded me of our continuing failure to even work a NORMAL printer correctly (we’re on our 3rd in about the same number of years)!  I think she has a point…still….its cool!

Well…that didn’t go as planned: MAN CHARGED WITH BURGLARY AFTER BEING STUCK IN PIZZERIA VENT.  Unfortunately, there were no pictures for me to share with you.

Signs of the times: Amazon will open a physical grocery store — and it won’t require going through checkout

Interesting bit of writing from Tony Reinke here entitled, ‘People Are Judging You Silently: How Advertising Targets Our Insecurities‘

Bad breath will destroy a teenage girl’s social life and scare off boys. And when it does, who is to blame?

Isn’t this a lovely little cross-section of America: In Mr. Pence’s new D.C. neighborhood, not exactly the welcome wagon.  If these people thought that flaunting their sin in front of a straight-laced guy like Gov. Pence was going to help, well…they might have miscalculated.

Fascinating stuff here: How Donald Trump’s Web of LLCs Obscures His Business Interests. The reason I find this fascinating is not due to the “potential conflicts of interest” but because of how many LLC’s this guy has!  Just outlining the business connections to his airplane/helicopter fleet is hilariously tangled.

Poor Baby: Obama urges Congress not to repeal ObamaCare.  This sums up my thinking: 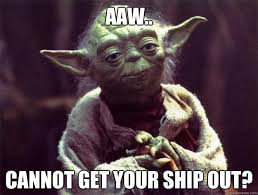 Say what? WTH: DEPT. HOMELAND SECURITY ATTEMPTED TO HACK GEORGIA’S ELECTION SYSTEM.  Keep on eye on this one and stories like it – I suspect more will come out in the coming months…

I’ll end with a story (and some comment) from my friend Uri Goldflam, writing in The Times of Israel.  He is writing about the fires that have been started in Israel, and how it is becoming a terrorist tool in some regards. Then he diverges into the affect this has on even non-Israeli residents of the land, and offers his perspective on the nature of the Abrahamic Covenant involving land. He hits on something I find extremely relevant in the Christmas season:

Please do not misunderstand me. Jews were never alone in this Land. There had always been other peoples, ethnic groups and foreigners living among them. A quick look at the map of the world will suffice to understand this is a land of transition between all ancient and contemporary empires. It is incumbent upon us to find a way to live peacefully together, “Turn from evil and do good, Seek peace and pursue it…” [Psalms 34; 14] . Indeed, we are required (even for those of us who are not religious) as a historical responsibility of our heritage to do so as part of the very same covenant that connects us to this Land. “One law you shall have for you and the foreigners among you…” yet another revolutionary idea at the time, that is today the norm in the Western world. [Exodus 12; 49 Leviticus 19;34 Numbers 15; 14-16 to name a few]. And most importantly at the end of the day this Land can be a beacon of light to the world, a Land of Peace to all nations. “… for my house shall be called an house of prayer for all nations” [Isaiah 56,7]

I think Uri is 100% right, that Israel was intentionally placed in the midst of mighty nations from the outset (think Babylon, Egypt – later Rome etc.) for a specific reason: to show mankind what it meant to live in right relationship to God. In other words, to be a “light to the nations.”

At Christmas, we remember that the Christ was born in the middle of this land, and declared Himself to the the light of the world:

Again Jesus spoke to them, saying, “I am the light of the world. Whoever follows me will not walk in darkness, but will have the light of life.” (John 8:12 ESV)

This light shined in the darkness, though the darkness did not comprehend it (John 1). For those who did comprehend it, who believed in the Christ, He gave them the right to become sons and daughters of God. That light exposed something terrible in us – an awful sinfulness. But it did so with the promise that anyone seeking the light,  believing in the Christ, would live forevermore.  That is the great promise of Christmas. The promise that while we were yet sinners, God sent a Savior into this world – someone to save us not from the Palestinians, Romans, Russians, or any outside power or nation, but from ourselves.

How great is the condescension and love of God toward those who He made from the dust of the earth!

I hope you have a wonderful (warm!) weekend!