Good morning everyone!  Here are the stories, videos, and blogs I enjoyed or felt were interesting enough to share this week, with one warning – a read a lot of WSJ articles, so if you don’t have a subscription you’ll not be able to access all of them (of course I would highly recommend a subscription).

A few items of interest in the political world this week that you may not have heard about (I’m assuming you heard about Georgia’s 6th CD special and have no need of yet another recap).

I thought this was pretty interesting: Protesters plan to greet Mike Pence in ‘Handmaid’s Tale’ garb at Focus on the Family speech in Colorado Springs. This is a gay rights group working to bring attention to their plight, and the supposed closed-mindedness of groups like Focus on the Family.  Note this quote from the group’s leader, “This is the way they see Focus, this backwards organization that’s promoting stuff that’s far beyond what most of us would consider applicable for modern society.”  Especially note his (am I okay to use that pronoun?) use of the phrase “most of us.”  Even just 10 years ago this might have been a fanciful statement, but we have reached a moment where the tyranny of the minority has taken captive the behavior and speech patterns of the majority of the country.

After the shooting in D.C. (the one successfully aimed at several members of Congress), some interesting stories came out.  First, this video from one of the Congressmen who describes the scene is worth reviewing.  Second, there’s an opinion piece in WaPo about the precarious nature of our constitutional backup plans in the event that certain heads of state get killed.  Third, in the aftermath of the shooting, several Democratic members of Congress got together to pray for their GOP colleagues who were shot at (and wounded). However, NPR changed their action from “praying” to “thinking”, and got caught. I’m not just posting that as a “gotcha” moment to shake your head at, rather I’m making your aware (again) that there are serious prejudices in the media against religion of any kind. Also…why is NPR publically funded in the first place? It’s not a public service – if you provide a good product, people will listen and you’ll get sponsors. Period. If not…goodbye.

And how about conservative columnist Erick Erickson calling for us to contemplate secession, and then tempering that post with another right away. Some interesting points to discuss here. Maybe I don’t have space or time here, but read these, and ask yourself if he’s got a point, or whether he’s taken The Benedict Option too far…

In terms of thinking about the nation’s future, Sen. Ben Sasse is out with a book called ‘The Vanishing American Adult.’  There’s a slightly critical review of the book at Cardus this week, which surprised me, given the positive reviews I’ve seen online. Still there are some good points in the review, points about the nature of automation and the future of work that need to be pondered I suppose.

Something actually worth reading from The New York Times: How We Became Bitter Political Enemies.  Excerpt:

Today, partisan prejudice even exceeds racial hostility in implicit association tests that measure how quickly people subconsciously associate groups (blacks, Democrats) with traits (wonderful, awful). That’s remarkable, given how deeply ingrained racial attitudes are in the United States, and how many generations they’ve had to harden, according to work by Mr. Iyengar and the Dartmouth political scientist Sean J. Westwood.

Foreign Affairs…in this week’s Columbus Dispatch: What can US do to North Korea to avenge death of Otto Warmbier?  (Spoiler Alert: Nothing)

More worth reading: 4 charts on how Russians see their country’s place in the world

“Ever since freshman philosophy class I’ve believed God is a fiction and humans are the product of natural selection, an accidental collocation of atoms,” Boyette recounted to reporters. “Then I spotted that car decal and heard the sound of crumbling. It was my worldview. I saw that Jesus Christ could eat Charles Darwin for lunch, just as the Jesus fish bearing the word ‘truth’ was swallowing up the smaller, weaker Darwin fish.’”

There are several stories of interest in the technology sector that you might want to check out.  Wired had something on Quantum computing, which was interesting but didn’t quite help me understand the advantages of the new tech. I’ll be on the watch for more information on this as it develops.

Also….How Facebook’s Telepathic Texting Is Supposed to Work – I found this really interesting.

Here’s an interesting piece from The Guardian about Apple’s manufactuing plant in China:  Life and death in Apple’s forbidden city

The ninnies at major corporations crack me up.  They find themselves in a bit of a quagmire (not ethically, because their branding isn’t based on ethics but on fear) when the people they’re happy to take money from also wander onto political sites they don’t like or watch videos on YouTube that make them uncomfortable. Here’s the story headline: Advertisers Try to Avoid the Web’s Dark Side, From Fake News to Extremist Videos  The issue here is that through advanced programmatic buying (the kind my own firm utilizes), companies like Target (for example) follow people around the internet, instead of camping out on certain websites that cater to their demographics. It’s a great way to advertise – it’s like going to a golf tournament. You have to decide whether to follow the players around the course, or sit on one hole and take in whatever action happens on that hole as the players come through – I’ve always preferred the former!

But what happens when that potential customer ends up watching a video you think is a bit risque (not sexually, Target would never care about that – I mean like terror videos or the like)?  What then?  Well, these big companies get mad when Ad buyers don’t block sites they don’t agree with, or want their brand associated with  – fair enough. But things get harder when you are talking about content within a site – like YouTube – that is harder to monitor for ad men placing bids on real estate on the site, and have little to no control over the content posted on said site. The funny thing is, that I wonder if faced with the ability to not take the money from people watching ISIS propaganda videos, whether Target would actually discriminate in this way. Or put more provocatively, what if they learned that 20% of their target audience was actually visiting Brietbart.com for news? Would they block those people from buying at their stores; tracing their IP’s back to their physical addresses, and then declining their credit cards for online or in-store purchases?  I’m just playing out one of the several scenarios that could be only a few years down the road…food for thought!

There are some interesting goings on in Memphis: Memphis activists target Confederate monuments after failed attempt to dig up general’s grave

And…they’re back!  Drive in movies are making a big comeback.  My family recently benefited from this comeback, as a Friday night trip to the drive in proved to be a ton of fun for the kids (thanks to my friend Britain for the idea!).

This is excellent: Never Read the Bible Simply to Know

Lastly, I’ll leave you with this for your amusement, this was floating around social media circles this week, and it was too good not to repost here!  (h/t Kate): 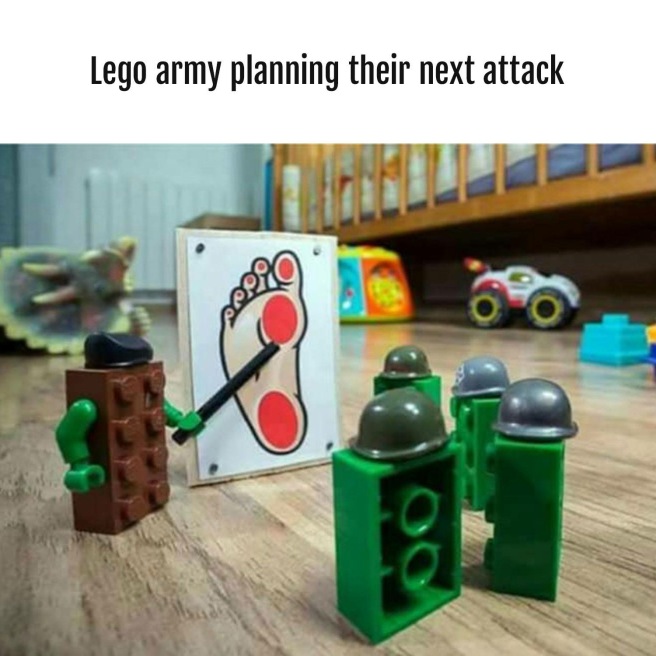 That’s it!  Have a great weekend!