Good morning and welcome to the weekend reading!  Just a few things for you to consider this weekend as you catch up on what might have been missed in the past few days…

This looks pretty cool – DesiringGod.com is doing a month-long daily reformation tid-bit or historical dive in celebration of the 500th year of the Reformation.

It was a bad week for POTUS: NFL players, managers defy Trump on anthem protests as feud ramps up.

SIDE NOTE: I’m hearing a lot of noise from my conservative friends about these obnoxious protests by overpaid (often immoral and misbehaving) NFL players.  And while I think that they could certainly find something better to protest, I’d like to observe that 1. The President has inflamed this situation – ironically at the same time, his healthcare efforts were failing on the Hill and 2. The President changed the nature of the debate. No longer has the discussion been about police brutality, but rather about the freedom to protest, and what is appropriate in that realm. But what do I hear from friends and those on Twitter?  I hear one side saying “stand up for the vets who died for the flag (insert expletive)” and on the other side I hear “in America we don’t need our leaders limiting our freedom of expression.”  Both sides are talking past each other here – neither one addressing the real substance of the issue.

Ironic thought: The man holding the office that symbolizes the might and power of America is using profanity to condemn athletes for not respecting another symbol of our country.

Concluding Thought: Let’s not be reacting in such a knee-jerk way to everything we think is going on in situations like this. A perfect example of this came when every conservative online and on the radio praised a Steelers football player for taking a lone stand for the Pledge while his team was in the tunnel. Turns out that the whole team was going to come out together but he accidentally got separated from the team. It wasn’t a statement at all – but how quick we are to jump on these things!

Recommended Reading here by Jonah Goldberg, and if you don’t follow Ben Sasse on Twitter, you should. He dealt with this really nicely I thought. 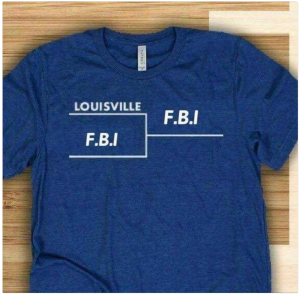 Here is a little follow-up item in terms of the way in which the prosperity gospel is ruining ‘merica…not everyone is buying in: Benny Hinn Is My Uncle, but Prosperity Preaching Isn’t for Me

This was so encouraging that I ordered the book, and tweaked the time I spent with my own kids in the Bible a bit. Sort of gave me some new ideas as a dad.

This is really important to get your head around: Letter From North Korea: What Life Looks Like as Nuclear Crisis Mounts. The reason this is so important is that the people of NK have been indoctrinated with this nuclear idea/mission.  So the likelihood of them giving it up is…low…its now embedded in their culture.

So good: Godliness is not your Personality

And…don’t miss this: We Are Not Germs: The Case for Human Dignity

Another good-humored article for your weekend: Can a $300 Cooler Unite America?

And that’s really it for now.  In the book world, I’ve just finished a book on John Newton by Tony Reinke that I thought very impactful. He really just goes through Newton’s letters and shows how he would live the Christian life. Some of the things he said aren’t going to leave me very soon, and I’m glad for that.  I also just finished the Two Towers by J.R.R. Tolkein – this time reading it with my kids, who seemed to enjoy it.  Tolkein is a master of the english language, and whether or not the kids understood every verb tense is less important that we’re bathing them in good literature – because they definitely enjoyed the adventure!

Have a great weekend!